Derek Ramsay is not only a bankable actor. He is also successful in his business ventures. He has two stable businesses aside from their family business. He has a boutique gym in BGC (Bonifacio Global City), and a food park in Tagaytay, The Barracks. His family owns Guard-All Electronic Security Systems which is a company that provides electronic security systems. The actor said during an interview with the Summit Media Press, Inc. that every time he ventures into a new business, he makes sure that he will be with people that will guide him in choosing the right venture to invest his money. He added that he’s been lucky because he met the right people and he has a good team whom he can trust and will be able to run the business when he is not available or busy with showbiz commitments. His parents are personally involved with the security business since it’s a family business.

The actor revealed that his ventures weren’t smooth sailing at first. He encountered a lot of failures in the past. Some staff would steal money while some would suddenly leave. The bad experiences didn’t stop him from pushing his way up and he also didn’t lose faith in humanity. He just learned to know who he can trust with regards to running the business with him.

He further explained that failures shouldn’t stop you from doing what you really want and you just have to keep on going. Keep on believing that everything will turn out right in the end.

At present, the actor is negotiating in the possible purchase of a gym in Alabang. He hopes it will turn out well because it’s also near his house and he sees a lot of potential in it. 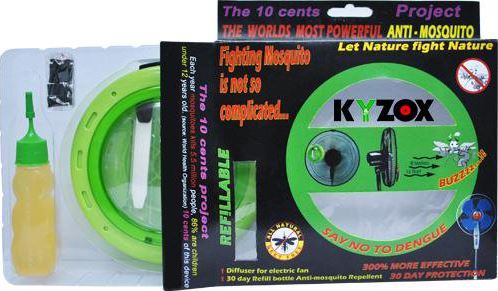 He has also recently teamed up with fellow actor, John Estrada, and wife Priscilla Meirelles. They have put up Kyzox Philippines. The product can eliminate insects and this includes mosquitoes which cause the dreaded dengue. He venture was established with Francois Martin who is a French entomologist and researcher. He had developed an anti-mosquito technology. He partnered with a scientist who invented an organic additive that can be mixed with the paint. When you use paint with this additive, there will be no spiders, cockroaches, and mosquitoes for five years. He decided to venture into this product because he had been infected with dengue in the past. This is why when he was asked to be an endorser of the product; he told them that he wanted to be a part of it.

The actor explained that fogging is one of the most usual ways that Filipinos kill mosquitoes but it can pose a danger to one’s health too. It can cause cancer. It also doesn’t penetrate the water thus the larva is still alive. Fogging also kills the mosquito predators. Mosquitoes reproduce around eight times faster than their predators. He hopes the Filipinos discover and use their products to enable them to fight off dengue by protecting themselves from the mosquitoes. They also have a product that when you put it on the laundry, there will be a 16-hr. protection. Their products are very affordable. They also have sprays and floor cleaners which are all organic and safe to use.

As per DOH data, 106,630dengue cases were recorded from Jan-June 2019. This is higher by 85% compared to last year’s record of 57.564 cases. The DOH (Department of Health) had already declared a dengue epidemic. There have been 622 deaths as of July 2019. The battle with dengue might take a long time.

Syrian Vlogger Lends a Hand to Filipino Online Sellers and Students by Giving Out...

A Daughter of Kargador, Give Backs Honor to His Dad by Graduating in College