Fernando Poe Jr. and Susan Roces are considered two of the pillars of the showbiz industry with FPJ being regarded as Da King and Susan was the movie queen during her prime. As such, the couple was called the “power couple” after tying the knot in 1968. It’s not very often that the “king” will be marrying the “queen” so their wedding was considered iconic. Fans and the entire showbiz industry were more than overwhelmed with that event. Though the couple had gone through many rough times during their marriage, they were able to survive the obstacles and lived together until FPJ’s untimely death in 2004. 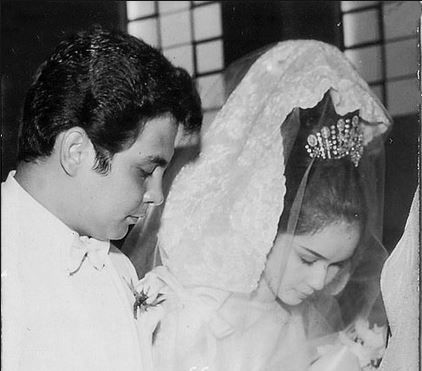 Because of the time that had passed since that wedding day in 1968, you can’t expect that their wedding video would still be in great shape even if the couple made sure it was well-kept. Fortunately, there are ways now to restore videos that have suffered from wear and tear and one of those that benefited from this is the wedding of Philippine Cinema’s King and Queen. The video was restored and in 2017, the netizens were more than happy when FPJ Productions shared it on social media.

The netizens, especially the fans of the coupe were very thankful and became nostalgic when they saw the very young FPJ and Susan Roces on their wedding video. They were able to witness again the very important event in the lives of their idols. One Millet Lopez said she’s very thankful for uploading the video and it’s a great gift to them as fans who were not even born at that time.

She shared that she saw Susan Roces for the first time in 1986 via the movie, “Inday, Inday sa Balitaw”. Another netizen, Lilia Santos, said that the couple had always been her favorite and the video’s clearness showed how handsome and beautiful the couple was.

Nurse who assisted a woman giving birth on the road inspired many netizens and...

Angel Locsin Shares How She Started and Discovered as an Actress