Kent Tangacalagan, a Filipino scholar, went viral recently after graduating summa cum laude in his Masteral degree in Europe. He was among the lucky ones to qualify for the Erasmus Joint Masters Degree in Comparative Local Development in May 2017. He was lucky to have been able to study for free in Europe and being able to experience going to different European universities in the course of his study. He studied in Hungary for the first semester at the Corvinus University of Budapest and in the second semester, he went to Germany and studied at the University of Regensberg. The third semester was completed in Italy at the University of Trento. 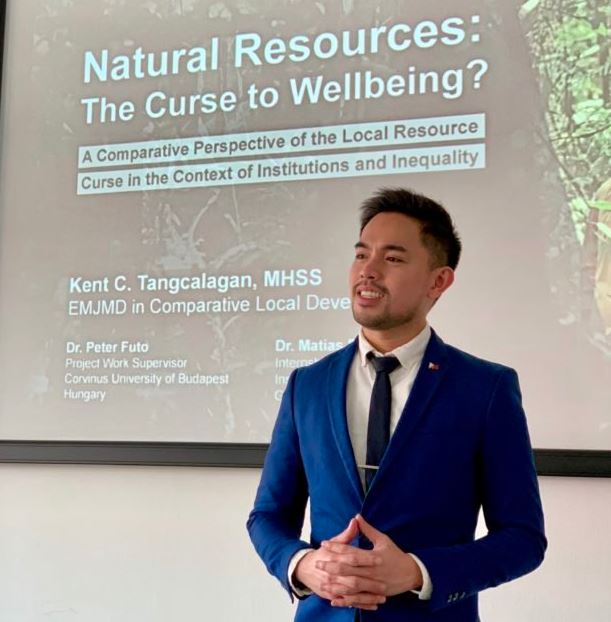 He faced many challenges while finishing his studies and the worst was when he lost both of his parents in 2018. Despite this tragic incident in his life, he still thrived to do his best in his studies and was able to graduate with honors and a summa cum laude at that. Of course, he would forever be thankful to the Erasmus Mundos scholarship for the opportunity given to him. The scholarship he got covered his tuition fees, monthly contribution cost for his basic needs accommodation, annual travel allowance, and establishment allowance to help scholars like him for the adjustment period in a foreign country. 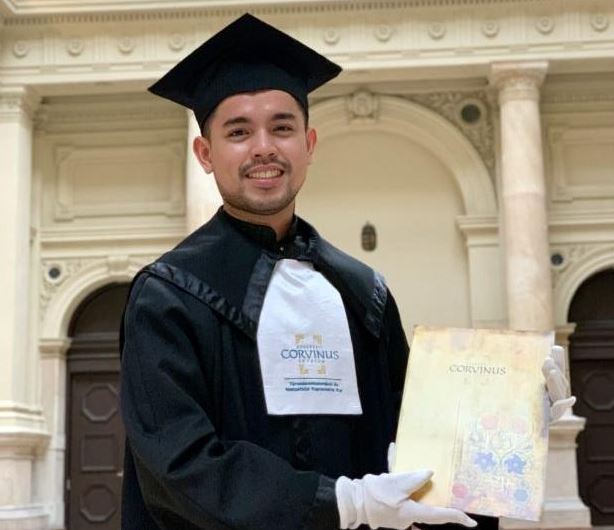 Tangcalagan visited other European countries during study breaks. In his Facebook post, he gave a heart-touching tribute to his parents. He shared that as he closed on that wonderful chapter of his two-year journey in Europe as an Erasmus Mundus scholar, the best thing he was able to learn was resilence. He had the worst experience losing both of his parents while studying in Europe but was able to succeed past it. 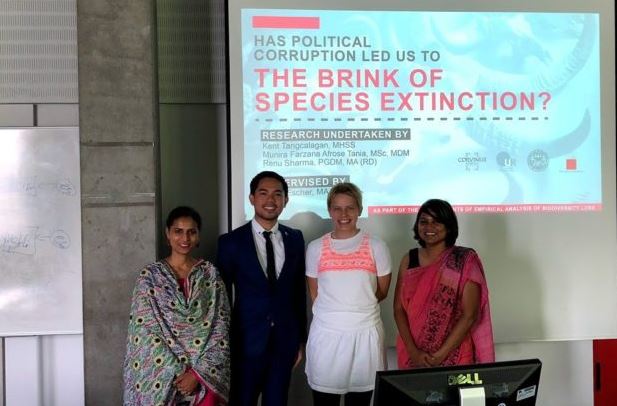 He further added that wherever his parents are, they will be proud of him not only because of his Master’s Degree and honors but more so because he had managed to achieve them despite the obstacles that he had to go through. The past two years were his most trying times and he wouldn’t survive it if not for the support and love he got from his family and friends. Tangcalagan is from Cebu and graduated from the University of San Jose- Recoletos in 2011 with a degree in Bachelor of Science in Nursing and Associate in Health Science Education. He had also received a previous scholarship in his first Masteral Degree from the De La Salle University for Master of Health Social Science. He had worked as a nurse at the Perpetual Succour Hospital. He, later on, worked as a Gender Research Associate at the Social Development Research Center at the De La Salle University which helped him gain confidence and knowledge to study under the Erasmus Mundos program in Europe.

Grandfather Kneeled and Prayed during the Cotabato Earthquake

72-Year-Old Grandfather Made a Treehouse for Her Grand Daughter to Get a Signal for...

Jodi Sta. Maria’s Tips on how to Keep on Going Despite of Problem

Andi Eigenmann Gives a Preview of Her House in Siargao