On the height of the CR issue with the LGBTQ+ community, talent manager and broadcast journalist Ogie Diaz had also given his thought on the issue. Ogie gave a piece of advice to the members of the LGBTQ+ community. He said that if they should go to the CR that’s designated for their birth gender, then they should feel free to do so. They shouldn’t feel any awkwardness if the men inside the comfort room look at them. On the other hand, if a transgender prefers to go to the ladies’ CR, then they may do so. They should go to wherever they prefer as long as they won’t disturb the real women inside.

He also added that the LGBTQ+ community should not request for a comfort room of their own anymore. What they should hope for instead is a clean CR; fragrant and has a flush that’s working properly. What should matter inside the comfort rooms is respect. He further added that women and men alike also have an issue of their own; that they are also emoting about their rights and existence. He said that they should understand that they are not the only ones with issues. 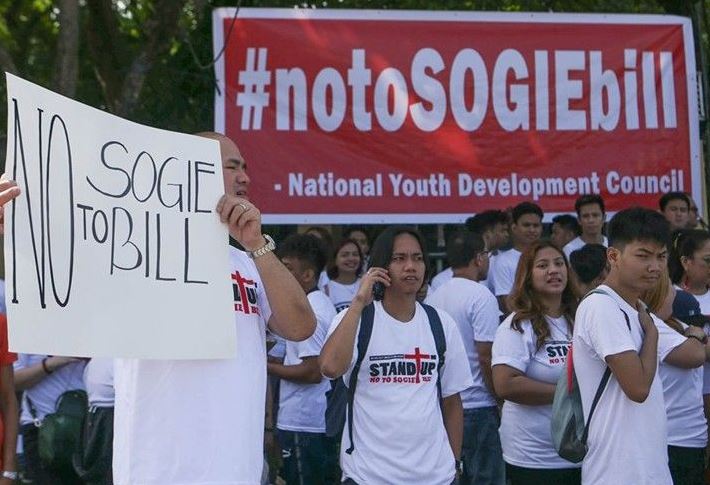 It can be recalled that just recently, there was a heated controversy regarding the incident that transpired between a transgender and janitress of a mall in Quezon City. It was reported that the transgender entered the ladies’ comfort room and when the janitress noticed this, she told him to go to the male comfort room instead.

The janitress explained later on that she noticed the woman inside the CR felt awkward after the transgender went inside. The transgender and janitress got into an argument which ended in having the transgender handcuffed. The incident triggered the controversy between the LGBTQ+ community and the straight people which made the LGBTQ+ push for the passing of the SOGIE bill.

Dra. Vicki Belo gets Emotional during Her Speech as She Recalls being Bullied

Why Ormoc City Remains COVID-free According to Mayor Richard Gomez

Celebrities We did not Know that are Related to Each Other