Alden Richards was part of the famous AlDub love team on the longest-running noontime show, Eat Bulaga. Alden’s hard work paved the way to finally acquiring a house and lot for him and his family. It’s located in a posh subdivision somewhere in Laguna and was built by the original owner. The house is situated in a combined lot which Alden plans to renovate and build his own space. He made a few adjustments on the house with the help of an interior designer and architect.

Alden says he was 40% hands-on with the property’s renovation and was also the one who chose the furniture. The renovation took ten months and the actor said that there’s still room for improvement. As of the moment, he enjoys finally having his own property and his grandparents now have a room of their own. 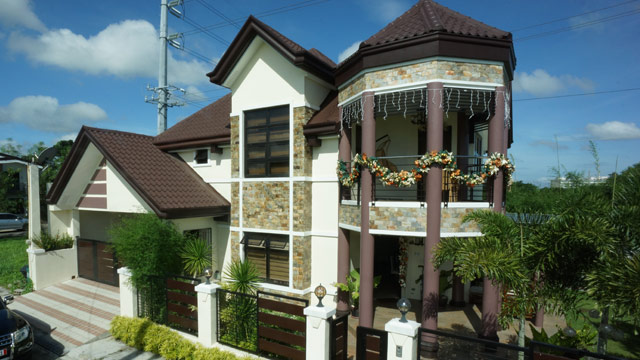 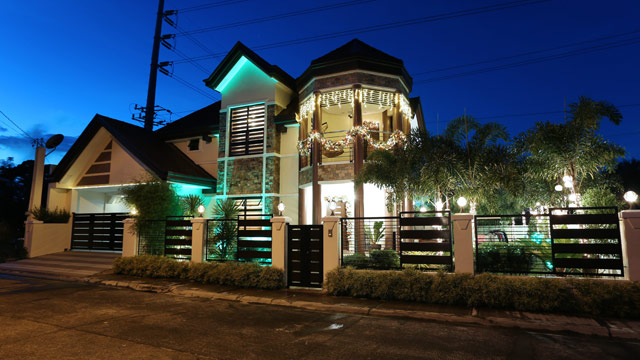 Looking from the outside, the house is elegant and grand. It is surrounded by greeneries and the structure is eye-catching. It is finished with concrete tiles, sturdy posts, and bricks. The actor stressed out that he wants to maintain the tower-like features of the property. 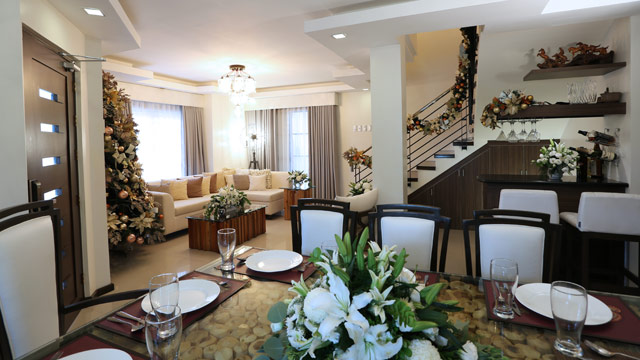 Light and neutral colors dominate these two areas of the house. The living area is comfy and inviting. There’s an off-white colored couch with matching fluffy pillows. The coffee table was bought from a furniture maker in Tagaytay. The center table is itself a work of art; wood topped with glass. The light streams into the living room; bathing it in natural light. 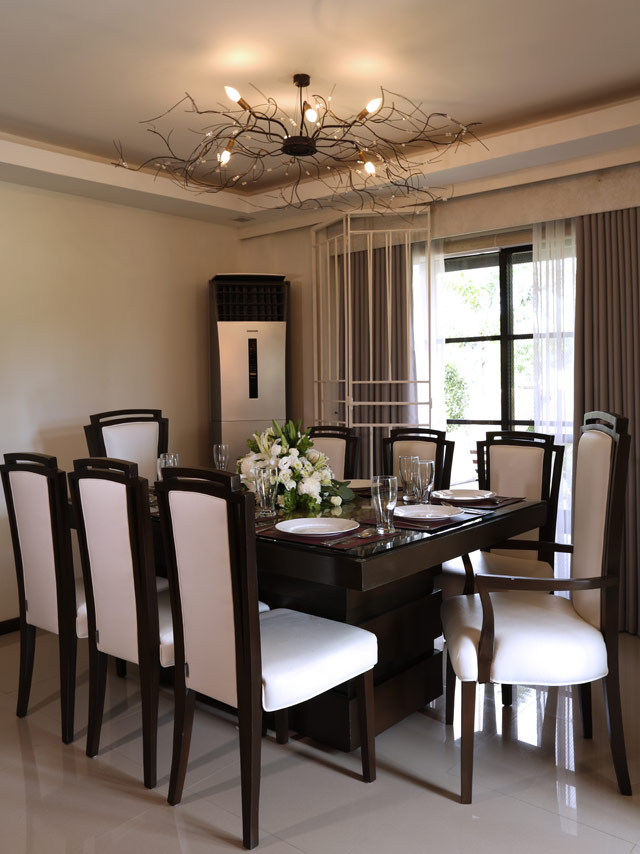 There’s an eight-seater table in the area which was customized by the same furniture maker. The table has a solid wood foundation topped with glass. A mesmerizing chandelier hangs over the dining table and appears like twigs. The area connects to the garden and lanai through a sliding glass door. The staircase was originally in the middle but during the renovation, Alden had it transferred to one corner of the area which gave space for a minibar. The area has 2 upholstered stools and decors can be seen on the racks and shelves. 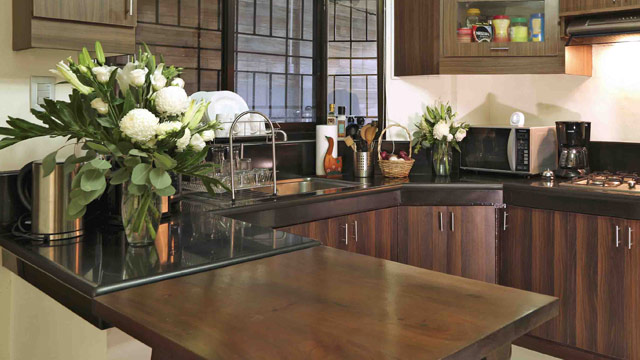 The cooking area is unfinished yet as the actor plans to add more storage options so Alden and his grandmother can cook more comfortably. The area is dominated by dark wood finishing. 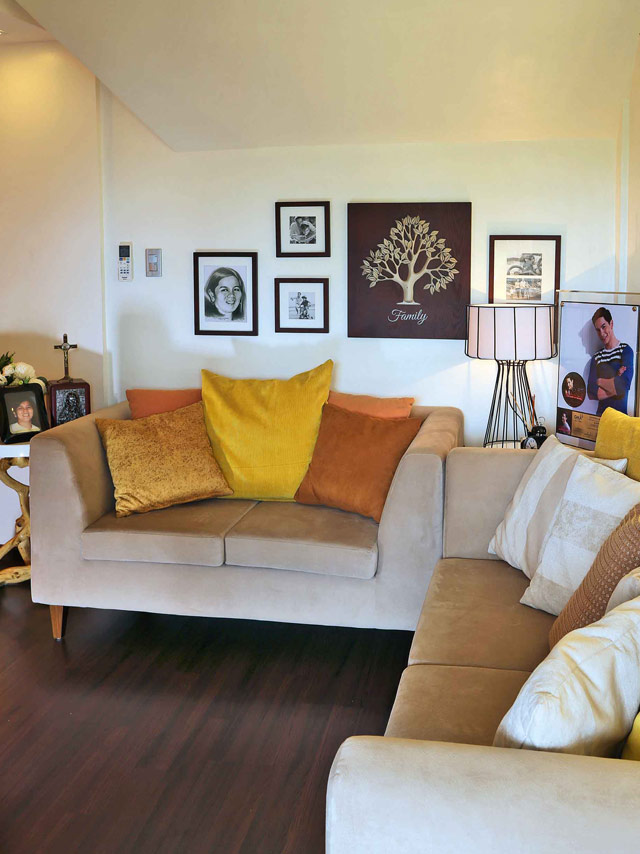 The den is located on the 2nd floor of the house and holds the family photos and keepsakes. There are 2 comfy seating pieces with several fluffy throw pillows. This area is where the family bond while watching movies and TV shows and play board games. One corner of the area is for Alden’s mother, Rosario where a side table holds a vase of flowers, her photo and the urn that holds her ashes. 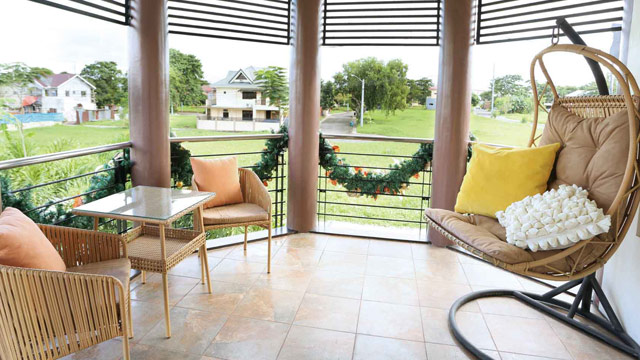 The veranda on the 2nd floor gives the family a wonderful sight of the outdoors. It has a small table for refreshments, hanging chair, and cushioned seats. This area of the house is perfect for relaxing. 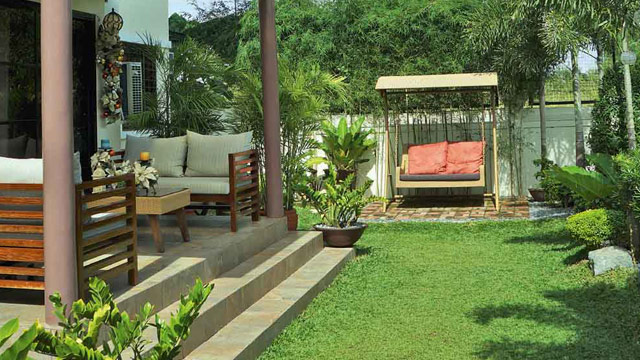 The area has cushioned seating pieces and a coffee table which can hold decors. This part can be accessed through the main gate or by the dining area. 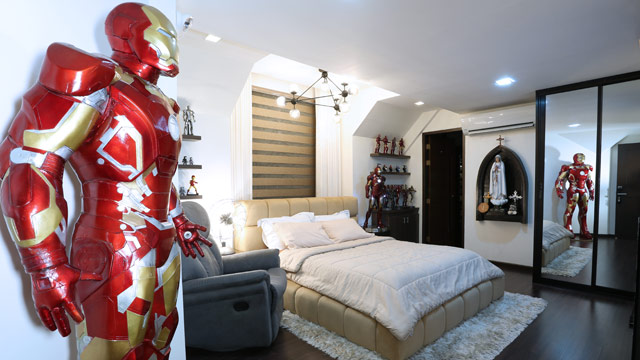 The actor has a minimalist room as it only has a bed and a reclining chair. But it has a lot of space for his superhero collections. He even has a life-size image of Iron Man, which he is a big fan. He also has a small grotto in the room with an Our Lady of Lourdes statuette; a family heirloom. It also holds silver Holy Cross, Saint Benedict’s medallion, Holy Family image, a wooden crucifix from Jerusalem, and rosary that was blessed by Pope Francis. 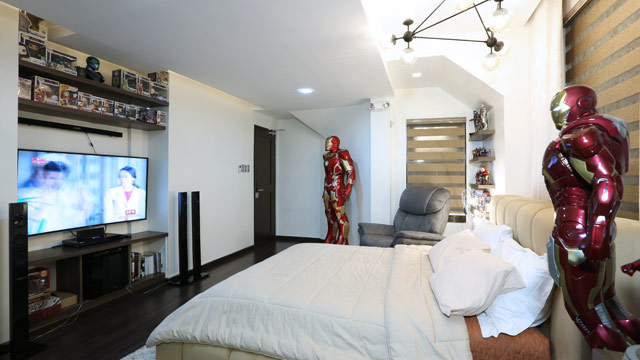 The walls of the room are bare but he plans to display more of his collections which include some collector pieces of Avengers. On the shelf over his TV are Game of Thrones vinyl figures which were given by his fans. 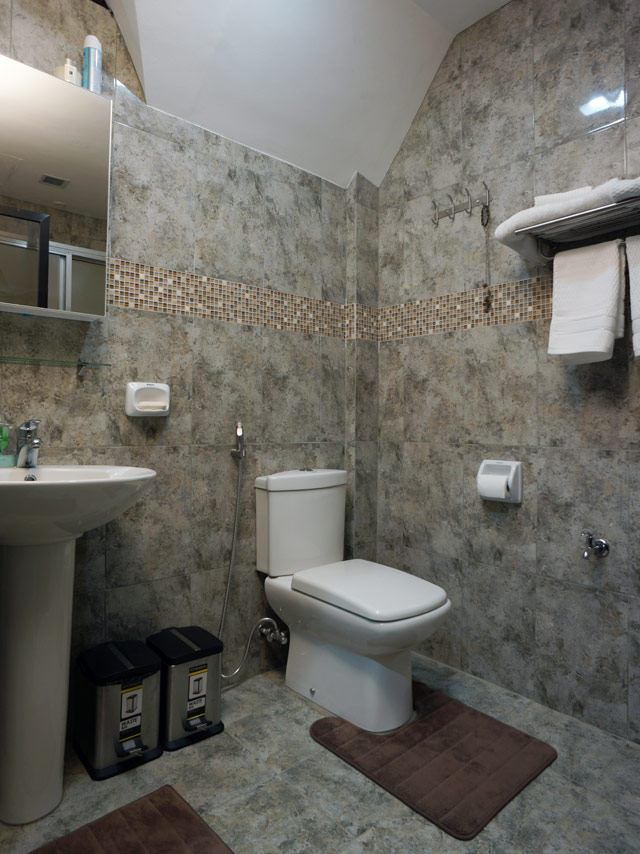 The room has a walk-in closet where the boxes of shoes of the actor can be seen neatly places on the shelves. His bathroom is simple and spacious with marble and mosaic tiles.