Sometimes, it’s sad to know that people only stay with us or loved us because of the material things. They eventually leave when everything else lost, and they find you with no worth as well.

This sometimes happens to some foreigners who marry Filipina women. Despite leaving their homeland and staying for good in the Philippines because they have found a lifetime partner here, they end up being broken and broke. 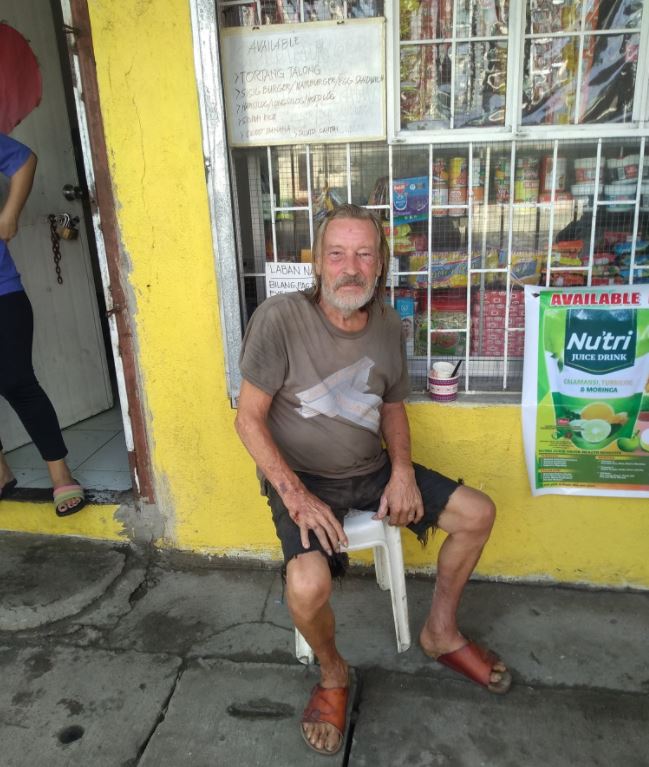 Even worse, despite the love they have shown to their partner and her partner’s family, foreigners were left in debt and become nomadic as they lost all their money being spent on their wife or their wife ran away his money and investments.

Recently, a foreigner went viral because he was found living in the streets and just relying on strangers’ help for his food because his wife allegedly ran away with all his money.

He was identified as Arthur Ernest, a foreigner from London, United Kingdom. He and his wife Elsa Freeman once owned a computer shop in Brgy. Halang in Canlalay, Biñan in Laguna.

According to some locals, the couple was seemingly okay then, and Arthur was frequently seen at the computer shop. Unfortunately, Arthur was left alone as news spread his wife Elsa left her and ran away all their money. As a foreigner, he knew no one, no relatives and closest friends from their neighborhood, so Arthur poorly lived on the streets, sleeping under a tree near the barangay’s covered court.

In his difficult situation, Arthur did not beg for money or food from the locals, but they pitied him and sympathized with his situation and would offer him some food, water, or money to help him survive.

Many netizens pitied this very sad and poor situation of the foreigner. Yet, you will admire with Arthur his being cheerful and positive despite what happened to him.

He is even grateful that Pinoys extended help to him. Arthur was already 75 years old and had diabetes. He cannot quickly go back to his country as his papers were already expired, and he needs medication for his diabetes, but he really has no money left to find treatment.