Home Viral Just to Help Her Student Professor Carries the Baby of her Student...
Sponsored Links
SHARE ON FACEBOOKSHARE ON TWITTER

Juggling the life of a mother and being a student at the same time is not that easy. This college student from Georgia, U.S.A., is trying her best to finish a degree despite having a baby to take care of. There was one time when the babysitter didn’t show up so she needed to bring her baby to school. Things were going well at first until her professor noticed that she was having a hard time writing while the baby was on her lap. The motherly instinct of the professor must have kicked in so she offered help to her student. 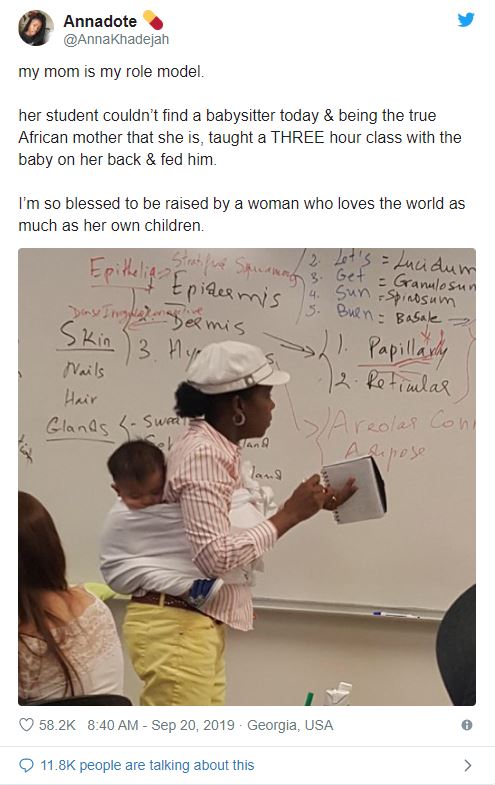 The professor carried her student’s baby on her back so that she can concentrate on the lesson. Her daughter, Anna, took a picture of the kind and unexpected gesture of the professor and this went viral on the net. The professor was later known to be Ramata Sissoko Cisse, assistant professor of biology for anatomy and physiology at the Georgia Gwinnett College located in Lawrenceville, Georgia, U.S.A.

According to the report, the professor said that before the incident; the baby’s mother had already asked her permission to bring her baby to school because she couldn’t find a babysitter. The student had already missed a class at another time and she didn’t want to be left behind with the lessons. According to Cisse, her student was very ambitious and smart and is eager to learn so she agreed. 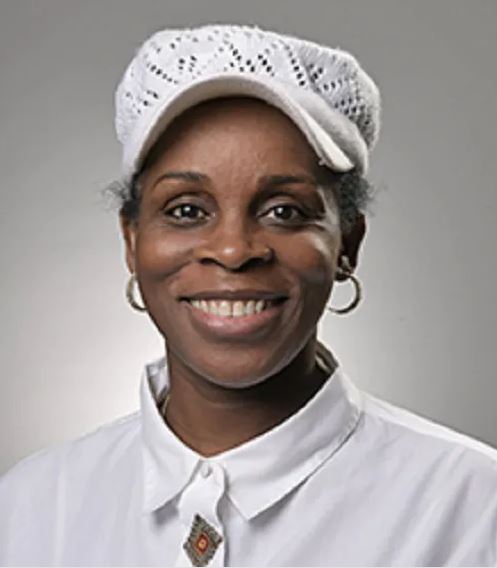 So, when she noticed that the student was having a hard time writing and carrying the baby on her lap, she then decided to help. She grabbed a clean coat and improvised a baby carrier so she could carry the baby on her back. She carried the baby until he woke up and she fed him with a bottle of milk. Her daughter who posted the photo said that her mom is her role model and feels so blessed to have been raised by a woman like her. {source}

Netizens Praise Single Dad for Bringing His Kid to Work

Senator Sotto pushes for the approval of the 14th Month Pay in the Private...