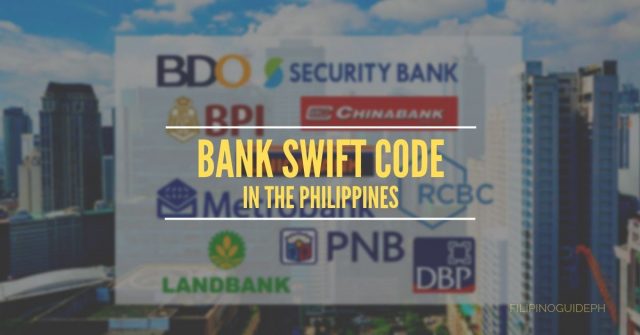 Knowing the accurate Bank Swift Code is very crucial when you deal with wire transfer or money remittance. This will ensure that the money being received or sent internationally will be credited properly. So, what exactly is Swift Code? SWIFT means Society for Worldwide Interbank Financial Telecommunication. This aids in securing financial services all over the globe. Swift Code is also called SWIFT-BIC (Business Identifier Code), BIC, SWIFT ID, or BIC Code. It has around eight 8-11 alphanumeric characters.

Swift Code is used by professionals, OFWs, and freelancers who want to send money through wire transfer. In transferring money, five things will be needed in the said transaction;

As seen in the example, Asiatrust Development Bank has eight characters. This will be the code to use in making money transfers. Every time you will be receiving or sending money internationally, this is the code you will use. There is a specific Swift Code that will be added to identify the branch of the bank in some cases. This will identify the routing number of the bank. The Swift Code of the bank’s head office can be used most of the time though.

Read also: How Do Self-employed Individuals Can Save Money

Be careful in entering your Swift Code because if you enter a wrong code, there will be some charges. The money you’re sending won’t go to another person but you have to inform the bank at once to avoid further inconveniences. Make sure that you enter the accurate Swift Code or BIC to avoid a failed transfer and penalties.