Home Entertainment Look: Manilyn Reynes and Her Mother Sang a special Song for Her...
Sponsored Links
SHARE ON FACEBOOKSHARE ON TWITTER

Long before Manilyn Reynes became known for her role as Elsa Manaloto in the GMA-7 sitcom, Pepito Manaloto, she was a well-known singer. She recently had a concert in her hometown in Cebu. Before going to the concert venue, she went to her father who’s bedridden. Together with her mother, Manilyn performed the duet they will be singing in the concert. Manilyn shared that she’s used to having her father around every time she has a concert. Unfortunately, her father has a medical condition and he can’t get up from bed anymore. 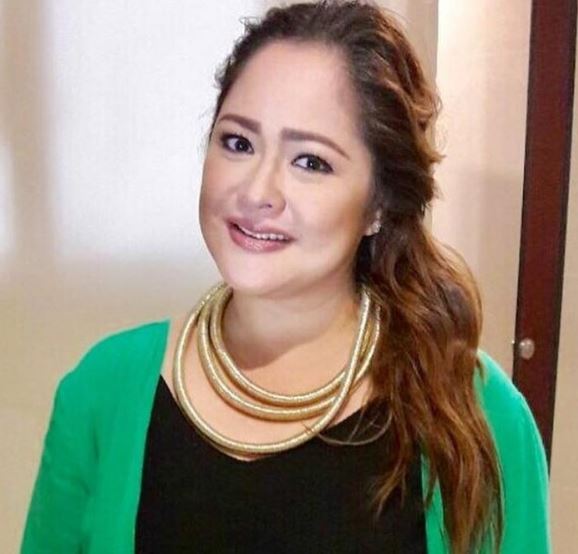 Manilyn and her mother sang the Carpenters song, “You” for her father. She said that singing for her father before the concert gave her the inspiration she needed for her performance. She was so happy seeing that her father was very pleased with their performance. The singer-actress revealed that her parents were her mentors when it comes to her singing career. Manilyn inherited their talent in singing and she is her mother’s fan because she really loves her mother’s voice. In her past concerts, she would have an impromptu performance with her mom but this time, her mother is already one of the guests. Manilyn had done 2 shows in Cebu for this year. She is also asking prayers for her father. She said the even despite having two shows in GMA-7, she visits her father regularly together with her kids. 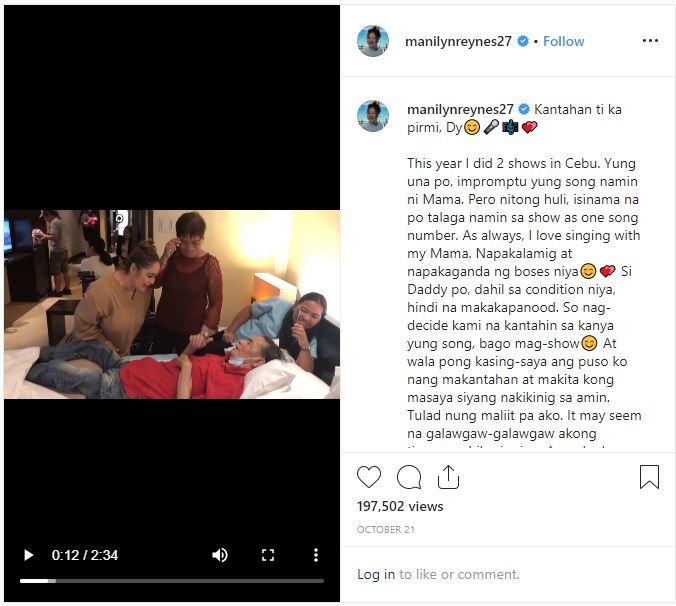 Manilyn Reynes was one of the famous singer-actress during the 90s. Her love team with Janno Gibbs was well-accepted by fans. She was also admired for her beautiful voice and had done several concert performances and released singles and albums that became an instant hit. Her most unforgettable song was “Sayang na Sayang”. She is married to fellow star Aljon Jimenez and they are blessed with two kids.

An OFW Daughter Gives Pride to Her Kababayan as She Becomes the First Filipino...