The National Police Commission or NAPOLCOM will be needing 10,000 policemen to be assigned in different places in our country, this massive hiring is due to expanding the line up of agency force to support any local programs of our government. This move was confirmed by Vice chairman and executive officer Atty. Rogelio Casurao. 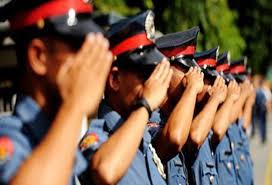 Apart from that Casurao also said “The PNP CY 2019 Regular Recruitment Program distribution is based on police to population ratio, peace and order condition, and actual demands of the functional area.” Meanwhile, here are list of needed policemen and the numbers to be distributed by regions:

A total of 7,895 personnel, hopefully to fit in the positions. Meanwhile, to qualified the applicants must met the following qualifications.

Awesome room transformation that only costs PHP20, 000 that provided an office space for...