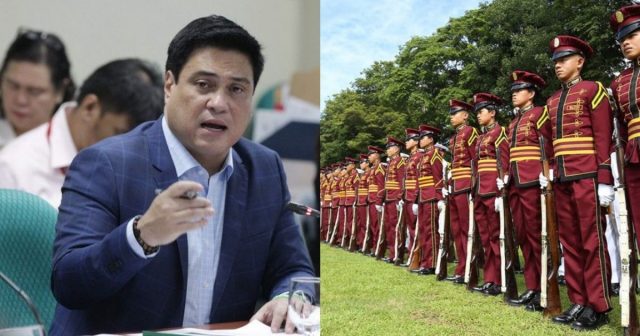 Senator Zubiri wants to remove the height requirement in the BFP (Bureau of Fire Protection, BJMP (Bureau of Jail Mangement and Penology), and PNP (Philippine National Police). He submitted Senate Bill No. 312 which aims to repeal Section 30 of R.A. No. 6975 or the Department of Interior and Local Government Act of 1990. Under the previous R.A., there is a minimum height requirement of at least 5’4” (1.62 meters) for male while 5’2” (1.57 meters) for the female. This requirement had almost been resolved in 2013 but then President Noynoy Aquino vetoed it saying that it can be waived by the PNP for some applicants especially those that belong in cultural communities.

The Senator said that because of the height discrimination, the quality of choice in law enforcement becomes limited. In this manner, social injustices are also widened. Many qualified individuals are willing to serve & protect the country and its people but aren’t given the chance because they lack in height. The Senator further said that the citizens who are willing to work for the agencies mentioned should also be considered for their potential, drive, intellect, and physical prowess. Their lack of height shouldn’t weigh more than their other more important qualifications.

The height requirement had been one of the most prevalent requirements for the position since time immemorial. This practice had been affecting the chance of other competent individuals. Last year, the height requirement was deleted for those that would want to apply for the PNP entrance examination but not for the recruitment itself. The senator said that the height of an applicant will not determine what he/she will be able to do in serving the country. This requirement, on the other hand, is hindering the chance of the agency to have an agent who is more qualified.