One of ABS-CBN’s biggest stars, Daniel Padilla, is one truly blessed soul. While some have acquired property of their own at the age of thirty or above, this young man had purchased his dream home even before reaching the age of 20. His mother, former Regal star, Karla Estrada is one lucky mother. This is a dream come true for her because, for the past twenty-five years, she and her children had only been renting on different houses. The family’s dream haven is located on a high-end subdivision in Fairview, Quezon City. It measures a whopping 1,000 sq.m and Daniel lives there together with his mother and siblings, Lelay, Magul, and JC. It is a modern Mediterranean style abode by architect Marie-Louie Torres-de Leon. Seeing the house completed was the most exhilarating day in the Kapamilya actor’s life. 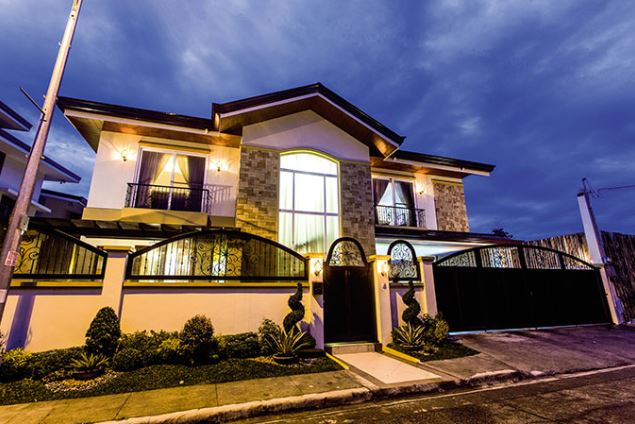 The house looks very elegant and homey at the same time when you’re viewing it from the outside. The landscaping just outside the not so tall walls of the property is very simple yet classy. 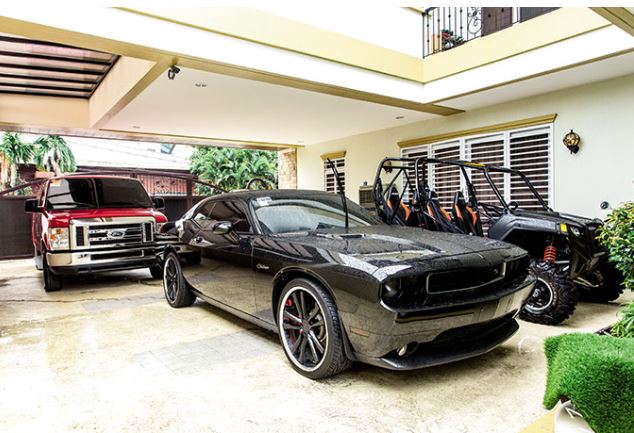 The actor said that he bought the black Dodge Challenger, his dream car, after seeing the Camaro of fellow Kapamilya star, Enrique Gil. The two actors drove around with Daniel’s Dodge Challenger when he was finally able to buy it. 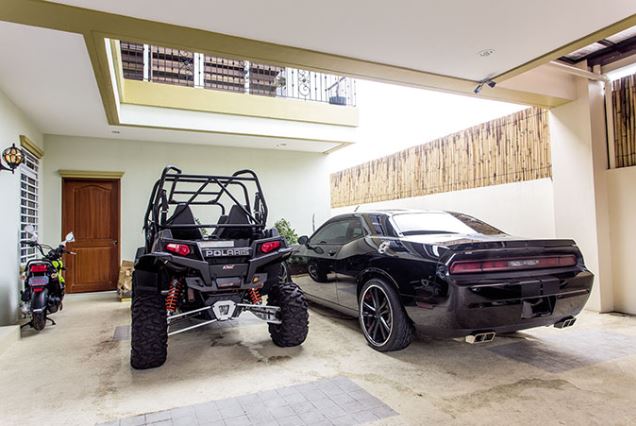 Daniel also has a Polaris 4 x 4 all-terrain-vehicle which he only uses in Subic during off-road trails. 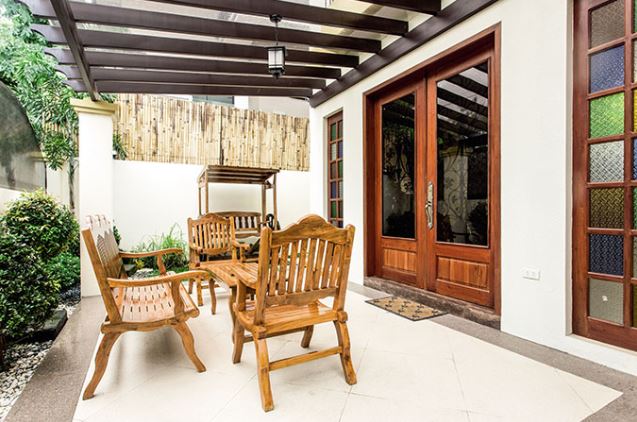 Three wooden seating pieces and a swinging bench will welcome guests near the front door. This is an amazing spot to entertain guests or simply while away time. 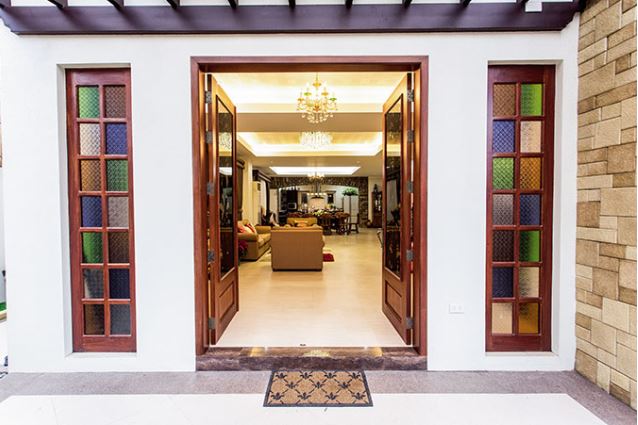 The main door is made of double patio glass doors that have some wrought-iron details. Colorful tainted glass panels were placed on both sides of the main door as requested by Daniel’s mom, Karla. 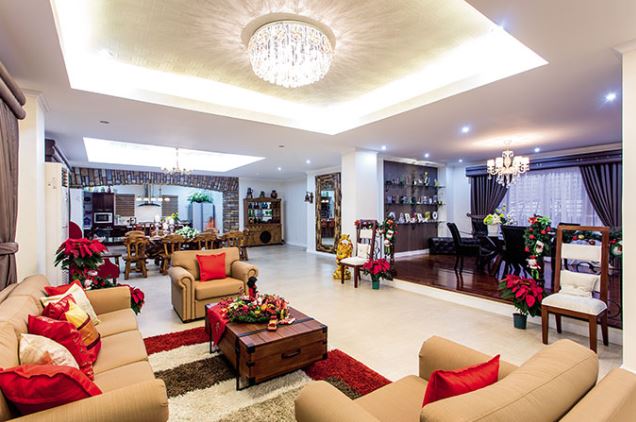 This area is very spacious. The elegant neutral-toned sofas are made more attractive with the throw pillows which were mostly in red. The sofas are from Philux and right behind the seats are huge windows that were covered with white curtains and a taupe during the time of the pictorial. 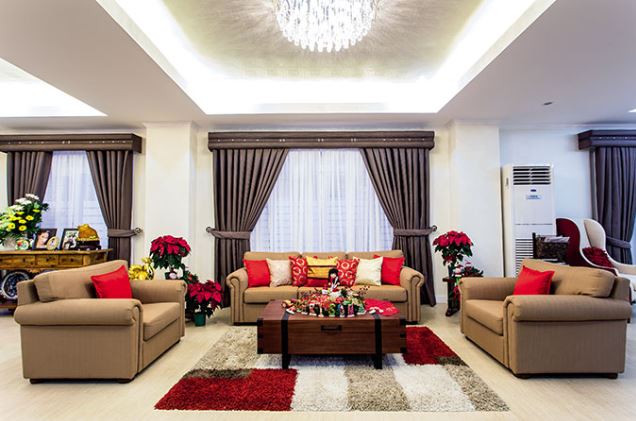 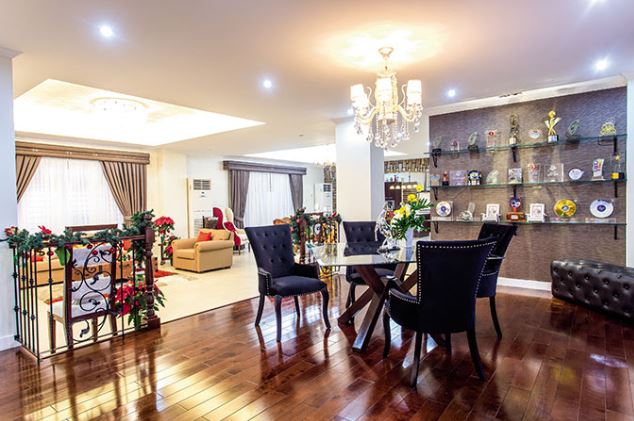 Right in front of the living area is an elevated portion where the family can use for meetings with partners and clients. The black tufted seating pieces are from Home Depot. Real wood was used for this area of the house which came from Malaysia. 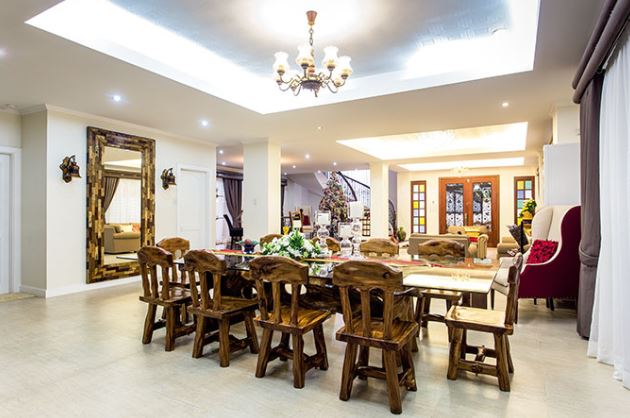 This area of the house is rustic and very inviting. The 10-seater dining table was purchased from Abubot. This is where the family eats most of the time. 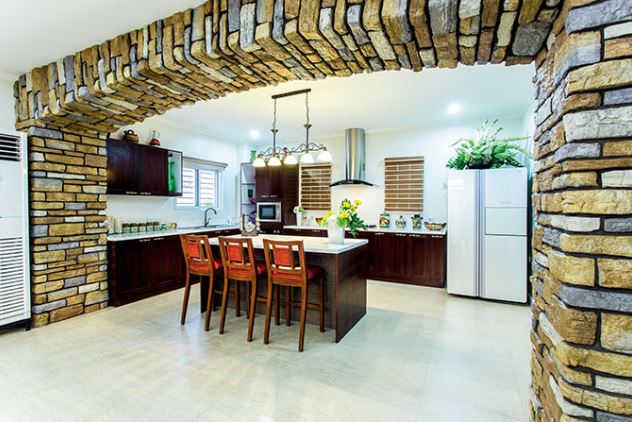 Architect Marie-Louie Torres-de Leon revealed that the archway on the kitchen was not a part of the original design but since mother and son wanted a good number of bricks in the house, she had put up the archway with bricks instead. They were bought from EZ Rocks. Mahogany wood was used for the kitchen as Carla had requested. She believes that the reddish-brown shade would make the area homey. 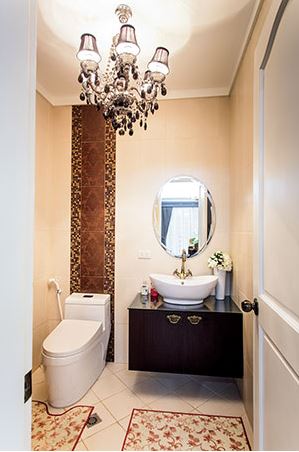 To liven up the powder room, the architect decided to install mosaic tiles column. Carla is mesmerized with chandeliers so the room can also be seen with a cute one. 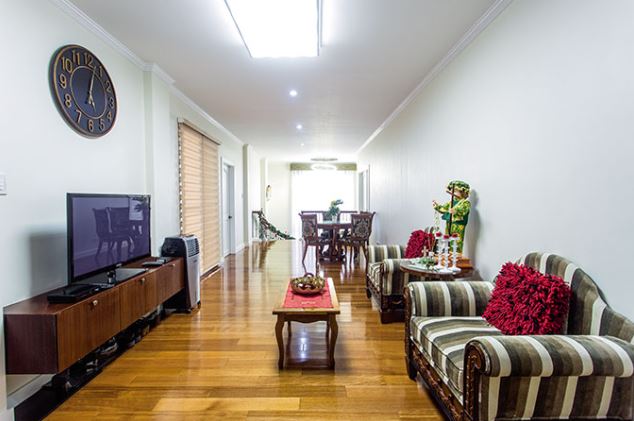 Another living area can be seen on the second floor where Carla and kids can hang out together while watching TV or dining together. 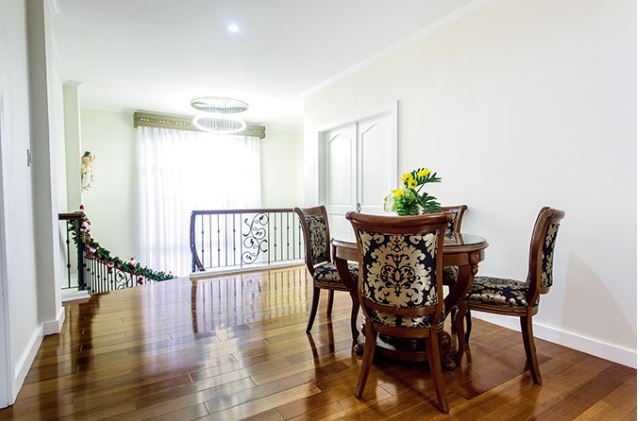 There’s traditional dining set on the second floor too where the Queen Mother and her children can have quick meals together.

The master’s bedroom belongs to no other than the Queen Mother herself. It’s a very cozy bedroom with a 4-poster bed and an upholstered armchair. 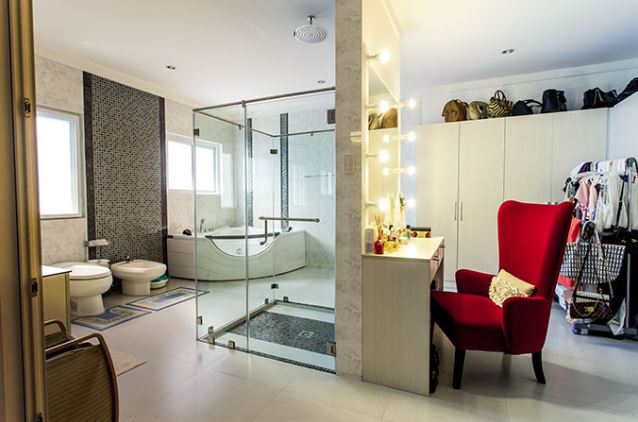 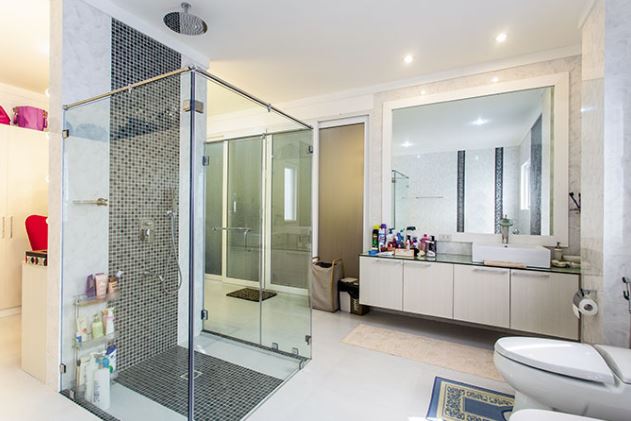 There’s a walk-in closet where a vanity mirror can be seen and highlighted by a red chair. The master’s bathroom is just on the other side of the walk-in closet. It has a shower area with glass enclosure and a whirlpool bathtub. The bathroom is very spacious too. 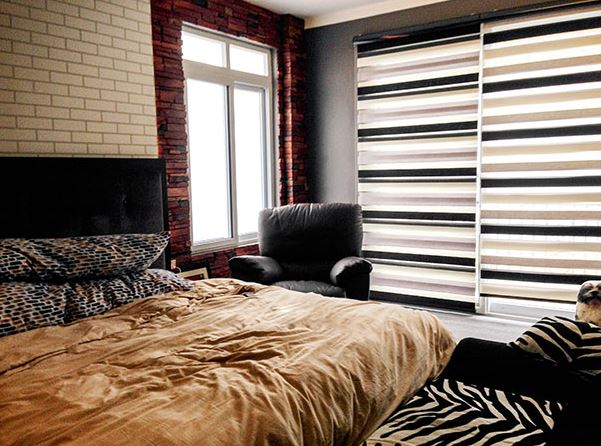 A secret door leads to the bedroom of Daniel. It’s a bookshelf that’s filled with memorabilia of The Beatles. There are also toy figures of LeBron James, Kobe Bryant, and Dwayne Wade. 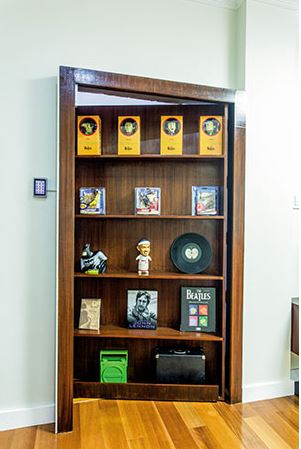 According to the Kapamilya actor, the secret door has a security code but also revealed that everyone in the house knows the password. 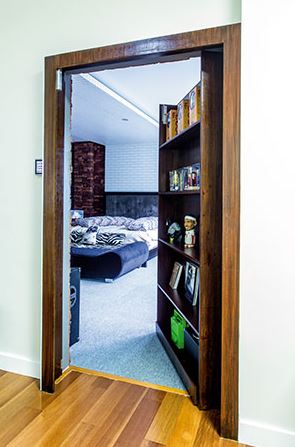 His room is filled with bricks, stones, and rustic materials. He shares the bedroom with brother and best friend, JC. 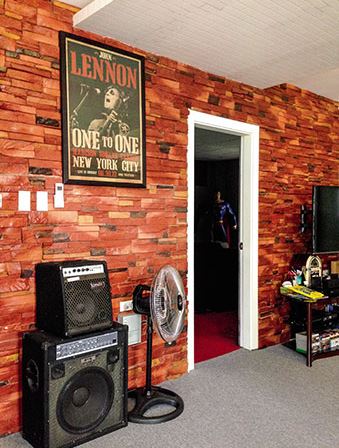 This area was supposed to be the walk-in closet of the actor but decided to make it into an entertainment area. This is where he hangs out with his brother and friends while playing video games. photos from YES! Celebrity Home

Local Celebrities Shows Some of Their Wonderful Art Collections.

The Rags to Riches Inspiring Success Story of John Gokongwei

What You Need to Know in Opening BDO Kabayan Savings Account