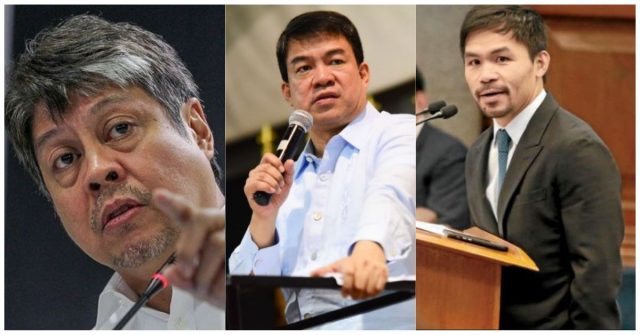 Frequent travelers will love this news. Three Senators want to remove the travel tax, calling it an unnecessary burden. Senators Kiko Pangilinan, Manny Pacquiao, and Koko Pimentel want to unburden the Filipino travelers and that there’s no need for travel taxes because there are already many other kinds of taxes being paid. Thus, they seek to remove travel tax from all Filipino travelers departing from international airports and seaports in the Philippines.

Senate Bill No. 91 was filed by Senator Koko Pimentel to unload travelers the burden of having to pay for travel tax. He cited that the national government is already taking an enormous portion from the salaries. Senator Kiko Pangilinan agreed with him. Senator Manny Pacquiao shares their opinion so he had also filed Senate Bill No. 384 regarding the same matter.

The Senator also said that in 2002, the country had already signed an agreement with the ASEAN (Association of South East Asian Nations), phasing out travel taxes and levies on all Nationals who will travel to another country which is a member of the ASEAN. But despite this agreement, the country still collects travel taxes. Senator Pacquiao further stated that the travel tax allocation for the tourism-related educational programs of the NCCA (National Commission for Culture and the Arts) and CHED (Commission on Higher Education) has no apparent connection.

Senator Pacquiao also said that the tax only imposes a pointless burden thus reducing the traveler’s right to mobility. In the Tourism Act of 2009, fifty percent of collections from travel tax are allocated TIEZA (Tourism Infrastructure and Enterprise Zone Authority. Meanwhile, forty percent of the collection will go to the CHED and ten percent to the NCCA. To date, each traveler pay around Php300-2,700 every time they travel. If the said Senate Bills will be approved, this will be a big relief for the travelers. They can instead use the money for other expenses.